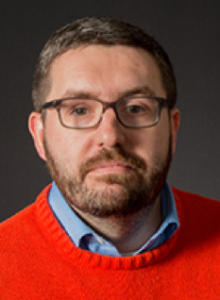 Marco A. Krcatovich, II, Governors State University’s Director of the Office of Institutional Research and Effectiveness, discusses how they used National Student Clearinghouse data to make a difference on campus and in the state of Illinois. In the concluding story of a two-part series, Krcatovich describes different tactics Illinois used to be more competitive as a state.

In an article this summer, it was reported that Illinois has been the largest net exporter of students since the 1970s. In an effort to tackle the problem, state leaders formed a bicameral, bipartisan working group. They arranged meetings with the three state higher education boards and officials from each public university campus.

“And frankly, when we tendered that invitation to the public universities, we told them don’t send your chancellor or president,” said Illinois State Senator Pat McGuire to reporters. “Send your dean of enrollment or management because to each of those 12 campuses, we posed this question: What are you doing to attract, retain and graduate Illinois students?”

And there was bipartisan jaw-dropping. The senator paused and asked, “Wait a second, what do you mean by that?”

In response, we started going into the Clearinghouse data. He asked, “Is that something that you just started doing?” We replied no – we’ve been using National Student Clearinghouse data for a number of years. The senator then asked if we know what postsecondary enrollment looks like across the state. We said no, but that the data was available to any state university, and they could certainly do the same analysis.

All 12 Illinois schools had data that showed admissions offers to high school graduates throughout Illinois. However, a number of those students never enrolled at these institutions or anywhere else. It’s likely many of those decisions were because of a lack of financial resources, indicating a need to increase state aid and support.

Luckily, the chair of the Illinois Board of Higher Education was sitting in the room, and the senators began questioning the board chair about the data. Within a couple of weeks, the state working group obtained comparable data from all of the state universities.

We originally started this conversation among state higher education stakeholders with one question: Why was Illinois losing students to neighboring states? But after reviewing the data, the conversation changed to: Why are we losing them in general? What are the different tactics Illinois could use to be more competitive as a state?

We’re confident that this conversation played a part in the creation of a new grant program between the universities and the state to make college more affordable and to meet some enrollment gaps. In summer 2018, Illinois lawmakers established the AIM HIGH Grant Pilot Program, a merit-based scholarship program for Illinoisans. Starting in 2019, schools can apply to the Illinois Student Assistance Commission for a share of $25 million, which the schools must match with institutional funds that will be used for scholarships. It has been a boon for us as an institution to know that the data we presented actually moved the needle.

Reviewing this data on barriers to enrollment and retention is a continuous job. I actually have the user manual for the Clearinghouse sitting on my desk right now, because offices across Governors State are already planning for our fall data. We send about 10 or 15 queries off to the Clearinghouse on different populations to try and get as much data as we can. I know the Clearinghouse has made a difference for education over the last 25 years, and we intend to learn from them and their data for years to come.

Governors State turns 50 years old next summer. Over the next couple of years, we want to do a better job of addressing our population and to better understand who we are in the marketplace in our state and our region.

“I know the Clearinghouse has made a difference for education over the last 25 years, and we intend to learn from them and their data for years to come.”

Marco A. Krcatovich, II
Governors State University’s Director of the Office of Institutional Research and Effectiveness