New data described in the National Student Clearinghouse Research Center’s Completing College State Report  shows a rise in the overall college completion rate in 43 out of the 45 states, for which data are available over the last five cohort years (2009-2013), and a narrowing of the top-to-bottom state completion rate gaps. Only Alabama and New Hampshire saw declines. To review state-by-state details, download the report’s appendix.

When indexed to the highest completion rate of all states (set at 100), for the 2013 cohort, 25 states were at least at the 80 percent level of the top rate, in comparison to only 13 states for the 2009 cohort. The index score demonstrates a comparison of each state against the top performing state.

In the fall, the Research Center will publish a combined National and State Completing College 2020 report. 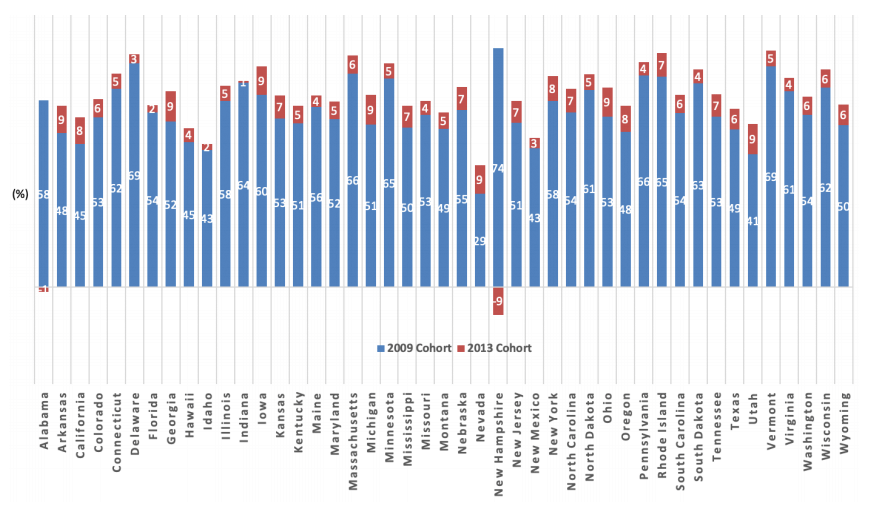 Data are not available for five states that have uneven historical data coverage, Alaska, Arizona, Louisiana, Oklahoma, and West Virginia. Changes between the two cohort years (2009 and 2013) are shown here. Data for all intervening years are available in Table 1 and trends over those years are similar.

Watch Highlights from the Release of Our 2019 Some College, No Degree Report