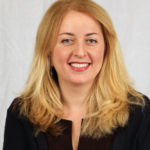 The National Student Clearinghouse Research Center’s Director Afet Dundar will discuss national trends in adult learner enrollment and completion at the 2018 National Policy Summit, which is hosted by the University of Florida Institute of Higher Education on January 27-28.

However, among first-time students, completion rates for adult learners are much lower than that for those who start at college immediately after high school graduation. According to the Research Center’s 2017 Undergraduate Degree Earners Report, first-time graduates, associate and bachelor’s degrees combined, in the 25 and over age group dropped 7.0 percent compared to the previous year, reflecting post-recession enrollment declines among older students. Since 2012-13, the number of first-time graduates in the 25 and over age group has declined by nearly 50,000.

The above graph from the Degree Earners Report shows counts of students earning undergraduate degrees, bachelor’s and associates combined, in each academic year, disaggregated by age group.

The US Bureau of Labor Statistics projects employment to increase by 11.5 million over the 2016-26 decade, from 156.1 million to 167.6 million, which is a faster growth than the rate of growth in the previous decade. Health care industries and their associated occupations are expected to account for a large share of new jobs projected for the next decade. However, as the year 2020 approaches, the United States gradually faces a workforce shortage as baby boomers start to retire, according to the Bureau of Labor.

Given the critical issue of filling these workforce gaps and the projected declines in the number of high school graduates, National Policy Summit speakers will address recruiting adult learners, and providing them the support and academic resource to foster success.

Co-sponsored by the National Council of State Directors of Community Colleges and the University of Florida’s Institute of Higher Education, the 2018 National Policy Summit brings together national and state policy makers, researchers, institutional and organizational difference makers, and the adult learner.

Research Center to Release 2019 Some College, No Degree Report